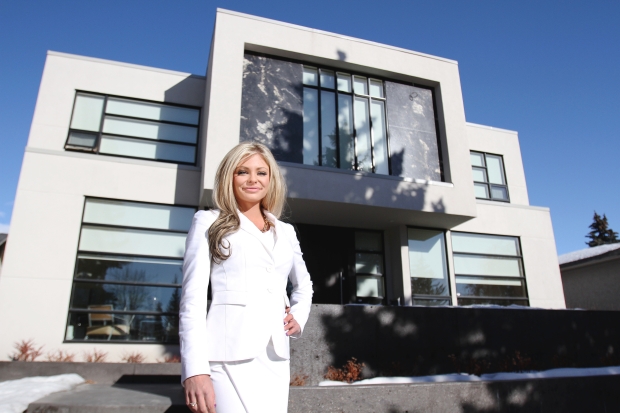 
CALGARY — While Canadian home sales dipped in January, particularly in major centres like Toronto and Vancouver, Calgary’s housing market remained strong and posted the best year-over-year growth in the country for MLS transactions.

The Canadian Real Estate Association reported Friday that Calgary MLS sales during the month were 1,572, up 20.2 per cent from January 2012 while sales across the nation dropped by 5.2 per cent to 23,579 transactions.

Calgary’s housing market has felt the benefit of an overall healthy economy in the past year.

“While the energy sector is still the most critical factor of growth within Alberta, growth has been tempered at the margin by the still-uncertain development of the pipelines going East and Keystone. That said, it’s still going to be a good year for Calgary and Alberta,” said Sydney Suchla, a realtor in Calgary with Century 21 Bamber Realty Ltd. “One of the biggest indicators of prosperity for our province is really the size of population we can expect for 2013. The housing market in Alberta has been improving and is expected to be one of the leaders in growth, although we still need to be cautiously optimistic as active listings are down ... from a year ago (and) new listings being marginally lower from last year.

“But that’s not the real story. Vacancy rates, being at less than one per cent and rent increasing, is ultimately putting pressure on the housing market like we saw in 2005. City hall’s policies restricting new developments on the outlining parts of the city are also putting pressure on prices. The satellite cities are booming as a result. Single-family homes are seeing the most pressure on prices while the condo market tends to be six months behind. With declining economic activity in the rest of Canada, Calgary’s net migration tends to be stronger in such circumstances contributing to housing demand.”

Alberta had the best sales growth of any province in Canada in January with MLS transactions 12.1 per cent higher than last year at 3,486. The average sale price also grew by 5.5 per cent to $361,524.

And Calgary’s housing market is showing no signs of slowing down in February. Month-to-date from February 1-14, total MLS sales in the city of 847 are 11.01 per cent higher than for the same period last year and the average sale price has increased by 8.33 per cent to $455,386, according to the Calgary Real Estate Board.

“Economic activity in Calgary has been stronger compared to other regions in the country and many of the factors that support house demand has seen some impressive gains,” said Richard Cho, senior market analyst in Calgary for Canada Mortgage and Housing Corp. “Employment in 2012 rose 3.7 per cent in Calgary, which was more than three times higher compared to the national average of 1.2 per cent. Average weekly earnings have also increased at a faster rate, and net migration for Calgary is at record levels. This in turn has helped our housing market outperform many other centres.”

Regions like Calgary, which are showing strong economic strength, are beginning to feel that reflected in the housing market, said Don Campbell, senior analyst and founding partner of the Real Estate Investment Network.

“Calgary’s economy, increasing rents, population growth and consumer confidence are all contributing factors to the performance of the market,” he said.

On Friday, the national real estate association also released its MLS Home Price Index of seven major Canadian centres. Regina led the country with an 8.82 per cent hike from a year ago followed by Calgary at 8.03 per cent. The aggregate indicated prices were up 3.12 per cent on an annual basis in the seven centres.