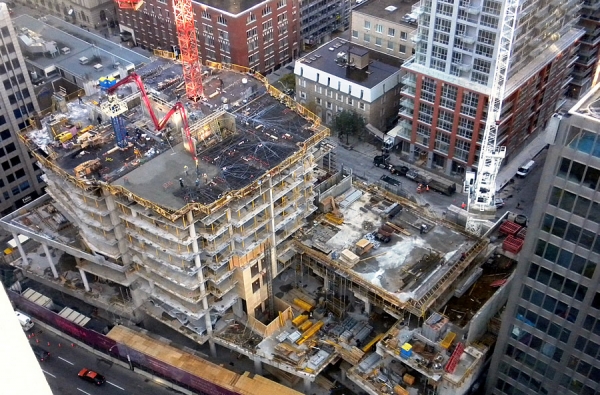 While condo booms in Toronto and Vancouver are winding down, other cities are arriving fashionably late to the party.

New number may dismiss the idea that the country’s condo market is in dire straits, revealing sales of new condos in Calgary have reached their highest level in six years.

A report released by AltusGroup shows multi-family sales in 2012 were up an impressive 26 per cent from 2011 at 4,180, albeit below the market’s peak in 2005 of 5,868. The report cited advanced investor demand as a contributing factor to the growth, alongside consumer confidence and a strengthening economy.

The report suggests that despite doom-and-gloom predictions from the BoC raising red flags about “Canada’s condo market,” there is still, in fact, profit to be made in that sub=market.

“Particularly strong demand was seen for high-rise condominium units in the downtown and townhouse units in the suburbs,” said the report. “The stronger sales seen in 2012 were a result of the introduction of new, affordably-priced projects, which boosted the available inventory in the market and gave consumers considerable choice in terms of product, location and price.”

The downtown and inner-city markets experienced the most activity, with over 1,800 new homes exchanging hands. The addition of 1,600 new units into the market has helped fuel investor interest in the area, but the resale market is also strong. According to the Calgary Real Estate Board, condo sales were up 11.53 per cent in 2012 from the year prior.

This entry was posted on March 15th, 2013 by Ken Morris | Posted in General